What Is Nevada County’s Top Agricultural Product That Isn’t Marijuana?

What Is Nevada County’s Top Agricultural Product That Isn’t Marijuana? 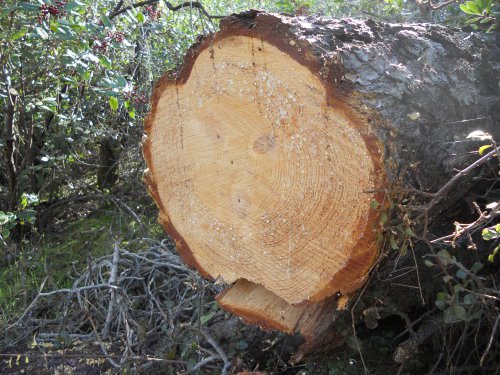 What is Nevada County, California’s top agricultural product?  No, it’s NOT marijuana.  Well, maybe it IS.  Who’s to say?  The pot growers are reticent to publish annual reports on their crops, or so I deduce, having seen no such report since I’ve lived here.

Weed notwithstanding, what is our top agricultural product?  When I first asked this question, 10 years ago, the answer stumped most readers.

The answer was . . . are you ready . . . wait for it . . . timber.  But, no, argued some, timber isn’t agriculture!  But, yes, I replied, it certainly is.  Timber is a crop grown for harvest, like any other, except that the growing season lasts 75 to 100 years.  Wrap your head around that.  Most timber “farmers” will never live to see their seedlings harvested.  Wow.  I don’t know about you, but that really messes with my mind.

Over the past decade, timber has fallen from Nevada County’s number one product to number three.  Why?  Think about it for a moment.  In the middle of the past decade, we were plunged into a housing crisis that devastated the economy, nationally and locally.  What’s the major use of timber?  New housing construction.  No new houses being built, plummeting demand for lumber.  Lumbermen out of work, saw mills closed,  truckers collecting food stamps, contractors doing odd jobs, developers doing . . . well, whatever developers do when they’re not developing, going bankrupt, probably.  It gets down to this, housing drives everything in this country.  True, that, but it’s not the focus of this article.

OK, the top agricultural product is no longer timber.

What’s your next guess?

If you say, wine grapes and vineyards, you would be . . . wrong, again.  Wine grape production dropped by 31%, due largely to “hail and frost at critical moments.” 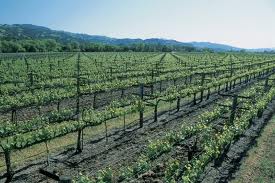 Well, what is it?  What is Nevada County’s top agricultural product? 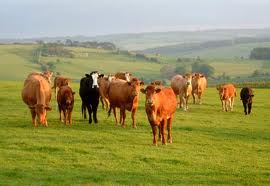 Yep, this is cow country, ranch country.  Add to that surprise, the number two agricultural product is Pasturage.  You didn’t see that coming, did you?

(The statistics and  the quote in this article are from the Nevada County Department of Agriculture’s Annual Report for 2110, published October 13, 2011.  The target year lags behind the actual report by about a year.)