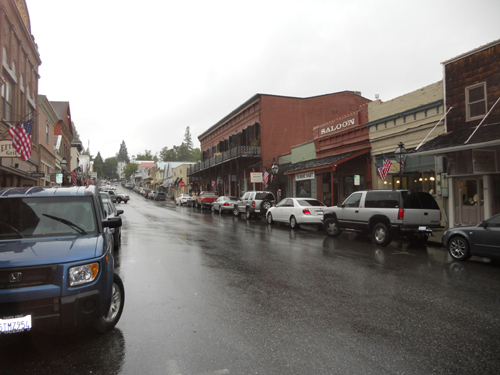 What could be better on a rainy afternoon than to meet a dear friend for lunch in Nevada City?

Lefty’s Grill is one of those small eateries that you pass by a thousand times before ever going in.  It’s adjacent to the more famous National Hotel. 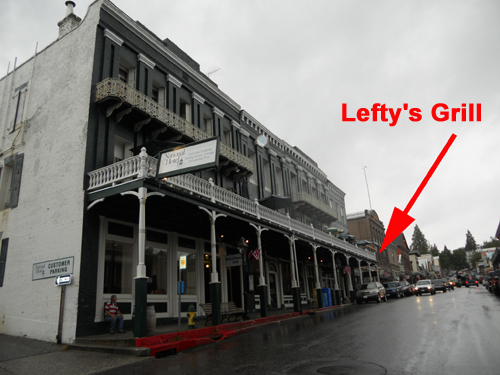 My buddy, Steve Sanfield, says that it’s called “Lefty’s” because both of the founders were left handed.  I said, feeling rather clever, “they should have called it Southpaws,” but Steve said, “nah, nobody knows from “Southpaws” anymore,” which remark doused my enthusiasm for suggesting a name change to the owners.  It will probably still be “Lefty’s” the next time you drop in for lunch.  Here’s Steve, or as I like to call him, Steve-Sanfield-the-Famous-Poet-of-the-Sierra-Foothills. 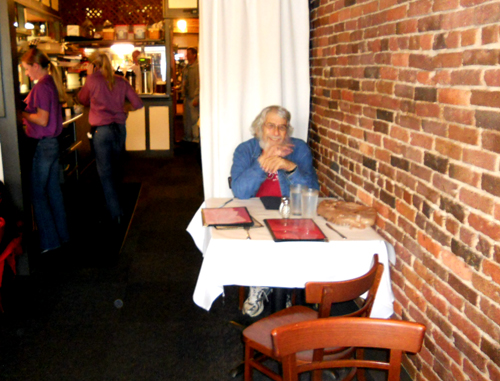 Please note the waitresses in the background fixing our lunch.  Here’s a better look. 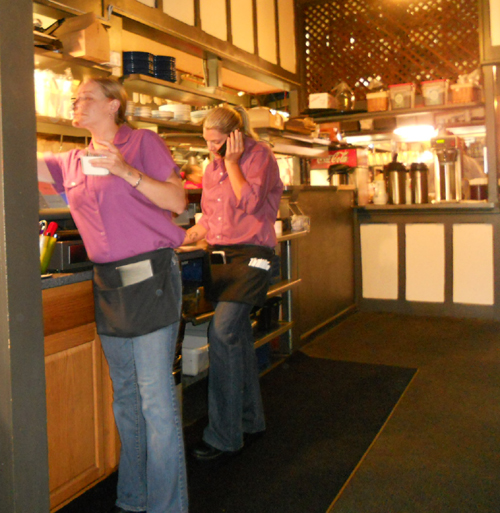 I think it’s always a good idea to have more than one photograph of waitresses in jeans and pink shirts.   Just in case you lose one.  Photograph, I mean.

Steve and I arrived after the main crowd had departed, so we had the place pretty much to ourselves. 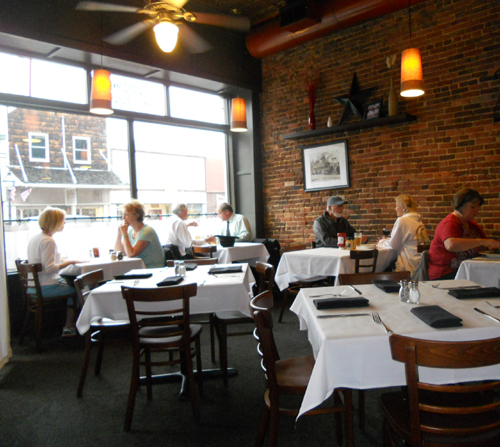 Lefty’s also has a back dining room in case you have a party or just want to be left alone. 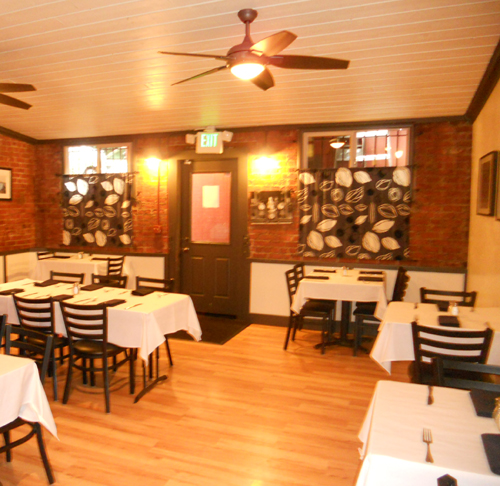 The food?  Good.  Simple menu.  Give it a B+ .  Excellent salads, acceptable sandwiches and pizza, and a surprisingly creative and elaborate dessert menu.  Steve and I both had salads, and we were both happy with the size, freshness, and deliciousness.  I know there’s a better word than “deliciousness,” but it isn’t coming to me right now.  You know what I mean.