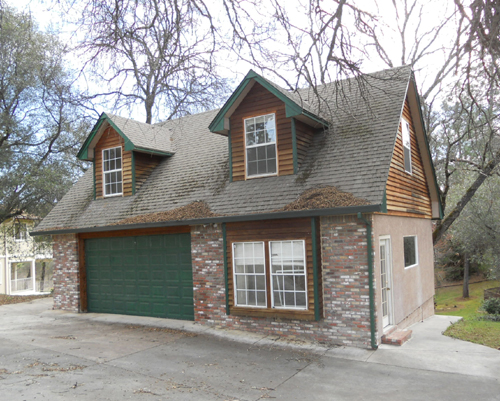 Mold.   The “M” word.  The four-letter word real estate agents are never to say, because we’re not experts, right?  We don’t really know it’s mold, do we?  There’s so much liability associated with mold, and we need to cover our ass, capiche?

But I’ll tell you about the best $385 I ever spent.  We’ll, my client actually spent it, but I talked him into it.  Here’s the story.

After several months of searching, and two failed offers, we finally found the perfect home for his multi-generational family.  He could afford it, and, most importantly, there was a cute separate mother-in-law quarters for the . . . well, mother-in-law.

The main house was substantial, brick, ranch-style in a gated community very much like Lake of the Pines, California.  Four bedrooms, playroom for the three kids, an office.  Everything they were looking for.

But,  it had a funny smell.  Funny to me.  My clients didn’t seem bothered by it.  It was not pet urine in the carpet smell, or propane, or old people smell, just . . . odd.  I asked my partner to describe the smell.  She called it “sneaky.”  A sneaky smell.  Not bad, huh?

The main problem with the home, a vacant foreclosure, was the kitchen floor which had buckled and was leaning slightly toward one corner.  The kitchen walls were plumb, the counters and cabinets level, so we knew it was not a foundation problem.  I suspected a water leak, over a long period, had caused the joists to rot.  This was fixable, especially at the legalized-theft price we were getting for the home.

I asked a contractor to come over, crawl below,  and take a look from the bottom.  The first problem he discovered was that house was built too low, inadequate clearance between the ground and the bottom of the kitchen joists.  He could get close to the problem area, but not actually close enough for a good look.  He emerged from under the house, damp and muddy.

We devised a plan.  The discovery and repair would have to come from the top.  He would demo the kitchen floor, leaving the counters supported (and the very high-end granite counter tops undisturbed).  He would install a vapor barrier on the ground, repair and replace structural elements as necessary, put in a new subfloor, and let the buyers replace the flooring as they wished.

And where did all that water come from?  Enough water to keep the ground under the kitchen wet, even after the water supply had been turned off by the foreclosure asset managers.

Before ordering the appraisal, home inspection, pest, heating, plumbing, and electrical inspections.  I spoke to the buyer:

“Is that normal?  Is it really necessary?  How much will it cost?”

I told him my three concerns.

“You want me to pay for a mold test because you don’t like the smell?”

“How many times have you ordered a mold test?”

Uh, this is the first.

My God, I love clients who actually LISTEN to me.

I ordered the work from a Roseville, California company that conducts tests, but does not perform the actual remediations.  I shouldn’t mention the company by name.  Oh, what the heck, it’s NCET (Northern California Environmental Testing) and I do recommend them. The test was conducted, and, by the way, it’s called a fungal test, not a mold test.

The results were “off the charts.”  The fungal spore count was so high that the technician warned us that it was dangerous to even go in the house.  No, it didn’t identify the dreaded Stachybotris, Demon Mold of Darkness, but there was so much fungi of other kinds, that we had probably already shortened our lives by several . . . well, minutes.  And that poor contractor who had actually crawled through it!

I told my buyer that he couldn’t buy the house.  It was too risky, both financially and health-wise.

“No.  Even if it were fixed, the house is too low to the ground and we don’t know how the water is getting in.  Let’s move on.”

My God, I love this guy.

There are two endings to this story.  One is happy, one is disturbing.  First the happy ending . . .

In less than 10 days we found another home for our buyer and his family, a clean, healthy, turnkey home, sold by actual, real people . . . at the same price as Mold Manor.

As a courtesy, after we cancelled out of the Mold Manor transaction, I sent the fungal report to the listing agent.  A few days later the home reappeared on the market, at a lower price, same office, different agent, with no disclosure of the problem, no mention of the report.

No disclosure of the problem, no mention of the report.

What do you think about that?